Back to all pages
Relationship status 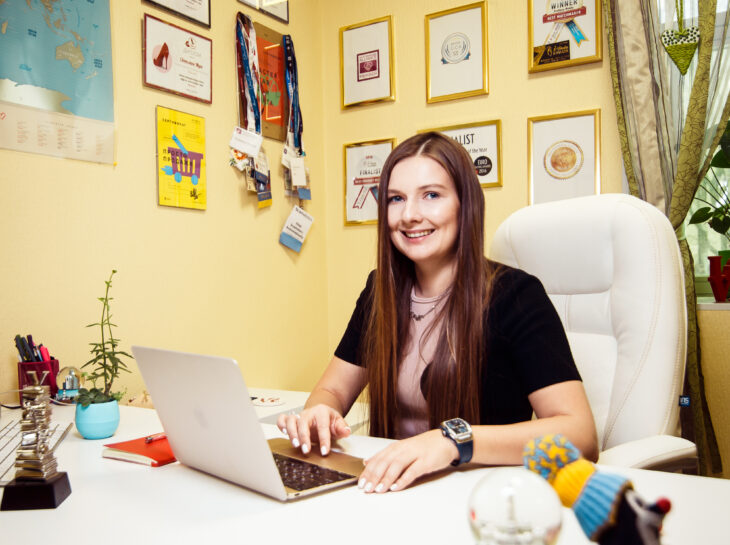 Today I want to speak about different expectations regarding relationship status and of course regarding our partner.

Also, don’t forget that there is still a female and male perception of dating and relationships. You can like it or not, but men and women are different, and we have different needs and ways to accept and express love.

I will give you a few examples to better explain what I mean.

Not so long ago I had a skype interview with a gentleman. He was in his early 40s and he was corresponding with a lady he met on a free dating site for 5 weeks. He told me that they were texting casually at first, but then had two “meaningful” in his opinion video calls and after that, he bought tickets to travel to Kiev, Ukraine. He had given up all his other casual correspondences with other women from different dating sites because he was sure this lady was the best candidate: she was just 33 – much younger than his other “online dates”, she spoke really good English, worked for an international company that had a head office in his city, so if things worked out well, she could transfer without losing her job. This gentleman did not use pay per letter dating sites – only big free online dating sites, so yes, a 33 years old lady was his youngest online conquest. And she was very beautiful. After talking to her by a videocall the gentleman was surprised she looked just like her photos. Basically, he has already decided he would date her – she is the best possible match.

They have met in Kiev for two dates and were texting in-between. After the second date, she told him she might have met him only in three days because she didn’t expect him to come for more than a weekend as they have discussed. He has decided to “surprise” her and come over for a week.

Being stuck in Kiev alone he has decided to do some sightseeing and to visit some museums. He ended up going to the art gallery that his date has once mentioned. Imagine his surprise when he saw this lady there with another man! And she even had the audacity to smile, come over and introduce him to her date! That same evening she has texted him saying it was really uncomfortable to run into each other like that and she was really on a date which she has agreed to before he has traveled to Kiev. When he has accused her of being unfaithful and playing him, she said: “she didn’t think they were exclusive”. She said that yes, he was a nice guy and they had two good dates, but it was too soon to have the conversation about feelings and being exclusive.

The gentleman who was sharing this story with me told me he didn’t expect her to betray him like that, also he was upset that he has given up his other correspondences. Though he has tried to reach them out again the majority have lost their interest and have moved on.

So, the gentleman was telling me that if he hires us, we have to make sure that the ladies we introduce him to are really willing to date him and only him.
let’s discuss why his request is unrealistic and not really smart?

As you know at diolli.com we do not do chats or correspondence between our clients prior to the personal face-to-face offline meeting. The gentleman and the lady meet in person and after that, of course, they can text, call, video chat in-between the real dates.

No one can guaranty that after the first date the lady will like you so much that she will want to concentrate all her attention only on you and delete all dating apps from her phone. Actually, pretty often when the lady gives us such feedback after the first date like “he is the one”, “I think I am falling in love” or “he is my boyfriend”, usually gentlemen are actually reluctant to go out with such ladies again. Why? Probably because it was so obvious, she liked him that much and there is no mystery anymore, no need to win her over. Maybe it makes her even look a bit clingy or desperate.

As a matchmaker, I can check of course that she is single and emotionally available and ready for dating, but I can’t guarantee that after 3 dates without a conversation about your relationship status she will consider you her boyfriend.

If this is important to you and after 2 dates you are sure you don’t want to meet other people – you should tell it to your date. If she tells you that she feels the same way and is excited to be exclusive with you – then, of course, she should keep her word and shouldn’t go out on dates with other people. Also, it is important to discuss if by being exclusive it means you both delete your profile from tinder or any other dating app. And don’t forget that it is a two-way street: you can’t expect her to delete her profile from dating sites while you still will be there.

Also, it is a good thing to discuss your relationship status before you have sex with her. I always give this advice to my female clients, because for a decent serious Ukrainian lady sex with a man means relationship. She will consider you her boyfriend after having sex with you. So, if you want to have just a casual relationship – discuss it – it is the right – the honest thing to do.

I often tell in my videos that if you haven’t met in person offline in real life – you are not in a relationship yet and she won’t consider you her boyfriend.

If she claims she loves you and you are her boyfriend after talking to you online for a few weeks, well, you can expect a sad story about a sick grandmother or broken phone and a request for money. That’s just strange. Don’t send any money and stop talking to her.

Discussing relationship status is important – especially for a lady. She has to hear it from you that you are in a boyfriend-girlfriend relationship and it is exclusive. Until you have this conversation if you do not have sex till that time – she can flirt, talk, meet other people and this doesn’t make her a cheater or a not decent person.