Back to all pages
What do Ukrainian women really want from American men? 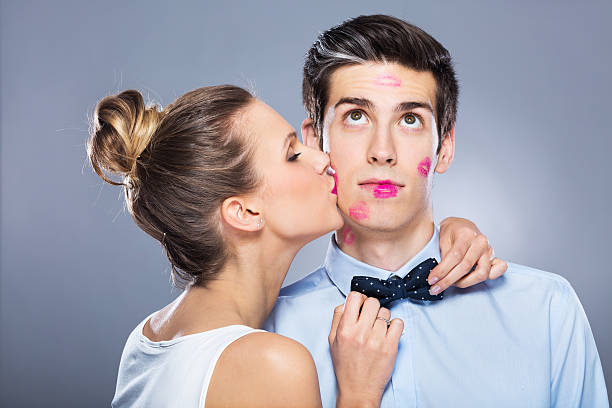 The geography of my paying male clients is really diverse. I have male clients from Tokyo, Moscow, Berlin, Singapore, London, Zurich – you name a city or a country and I have probably worked with a gentleman from there, but about 50% of my male clients are from the USA.

The question that I so often hear from my colleagues and American clients remains:

What do Ukrainian women really want from American men?

I would like to start with breaking 3 important myths about Ukrainian women dating American men.

This is the biggest myth about Ukrainian women dating American men. It is spread all over Internet and well supported by “mail-order bride” dating sites. Let’s get to the bottom of this myth. It starts with the idea that “everyone wants to live in the USA” and of course “Ukrainian women want to move to the USA by all means”. But why America? If they want to choose the country with the best education for their future kids then this is the United Kingdom and not the USA. If they are interested in the best healthcare system then they should aim for Luxembourg or Singapore. If Ukrainian women were looking for the country with the strongest passport then again they should consider Singapore or South Korea, Germany, Japan, Denmark. American passport takes the 19th place in the list of countries by the strength of its passport.  If we are speaking about the best country in the world to live in then it is Switzerland. If we are looking for the country with the best quality of life then it is Canada or Denmark that takes the 2 place, or Sweden that takes the third place. America has landed at the position number 17. Of course some of you can claim it is “better to be elsewhere than in Ukraine”, but is it really?

This takes us to the next myth:

Myth #2 Ukraine is a really poor country torn by war.

Not so long ago I have watched a terrible video on YouTube created by a “mail-order bride” dating site. In this video a Slavic beauty with enormous artificial lips and heavy make-up with a strong seductive Russian accent was claiming that due to the war situation in Ukraine we don’t have enough food here, so if Ukrainian women meet real men from the USA who can regularly feed them, than these ladies would do almost everything for food and shelter. I have watched this video with my colleagues – Ukrainian women in Kharkov, Ukraine right after the courier has delivered Chinese take out to our office. The irony was not lost on us.

Myth #3 Ukraine is the country of beautiful women and totally useless men.

This myth is one of my personal favorites. Not so long ago I have been answering the questions and comments of our subscribers on YouTube. A gentleman from the USA has claimed, that “all Ukrainian men are rude drunkards without any morals”. To “prove” his words he shared a “sad story” about a Ukrainian guy in the USA who has tried to fix his cable, but couldn’t manage that and was super rude about it. Ok, I get it: it is “ok” to define the whole nation by a person who is fixing cables and probably has left his country a few decades ago. You would be surprised but the majority of Ukrainian men has a University Degree, never drinks Vodka, presents flowers for no reasons and ALWAYS foots the bill at the date. Ukrainian men believe that Ukrainian women should be “behind the man” which means take care of the family and kids, turn a house into home and look hot and seductive while the man provides for the family.

If Ukrainian men are so fantastic why Ukrainian women want American men? I would love to share with you 3 main reasons:

Ukrainian women are beautiful! Ukrainian women love being feminine and invest lots of time, energy and money into their looks. Why so? Since kindergarten every little Ukrainian girl knows the song “there are only 9 guys for 10 girls”. The girl grows up and realizes that there are always more girls than boys and if you want to get the best one you have to stand out. It is not a secret that men love with their eyes. Ukrainian women understand this for 100%. If you want to get a great guy not only you have to be beautiful, feminine, sweet and carrying, but you also have to beat up other Ukrainian women who also are beautiful, feminine, sweet and carrying. You can choose different strategies: learn how to cook the best borsh, build a strong career, learn how to belly dance or speak dirty in French. If Ukrainian women want to get a good Ukrainian man they have to literally fight for his attention and eventually win or start looking elsewhere – in a country where they would have stronger competitive advantages.

Tough competition only gets stronger with time. If a Ukrainian lady is in her 30s, divorced and has a kid then it would be harder for her to compete with younger Ukrainian women with no kids who are aiming at the same Ukrainian men. Not all Ukrainian men are ready to date a woman who is his age and has children from previous relationship. American men tend to be more open to date beautiful Ukrainian women with kids.

Many Ukrainian women find the idea to cross the ocean to be with their beloved extremely romantic. This can be the romantic adventure of their life. They like the idea that a foreign knight will save them from lonely loveless life, lift them up in his strong muscular hands and carry into the sunset.

Do Ukrainian women and American men make great couples? They definitely do if they choose to select the best from each culture and bring it into their relationship.