Back to all pages
Are you hiding behind the belief that “you are having high standards”? 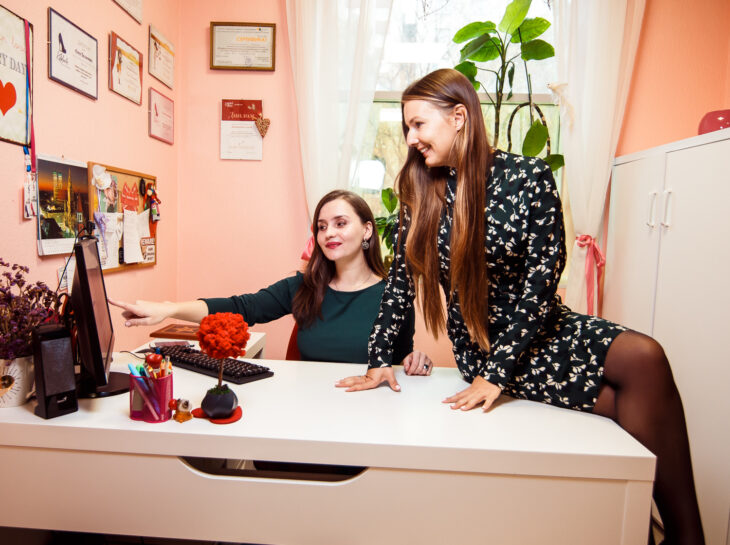 Every month I conduct at least 5 interviews with potential clients who “warn” me right at the beginning that they have “high standards” regarding the partner. We talk about the gentleman, his way of life, past dating experience (usually that’s where his current insecurities that he tries to hide behind his artificial super confidence comes from) and of course expectations regarding relationship and life partner – very special lady.

Usually such gentlemen have rather successful careers and pretty often are self-made businessmen. Some of them speak multiple foreign languages and have unusual interesting hobbies: surfing, skiing, horseback riding, biking, etc.

Usually their insecurities take roots in the looks of these gentlemen. Don’t get me wrong – none of them is ugly, but none of them is Hollywood beautiful – Chris Hemsworth or George Clooney (for older ladies) type of looks.

We can discus for hours that this potential client is looking or someone sweet, family oriented, well-educated, but not career driven, someone who wants to have children within next 5 years, someone who loves outdoors and adores animals – especially dogs and horses, someone who knows how to turn a house into home, someone who is open-minded and will appreciate that her partner works long hours and is often away because of his job, someone who can accept this and support him in his desire to give his future wife and kids a better future. Someone who after having kids is willing to devote herself to her family, because this gentleman truly admires his sisters who are stay at home moms and how they raise their kids and what they do for their families. He wants this model of family life for himself. We discuss all this, and I have to agree with the potential client – his standards are really high and approach to finding his match is smart. He doesn’t want to settle for less: he needs someone who can really appreciate him for who he is – all his strengths – for example, being smart and hardworking,  someone who has similar vision about relationship, role of a man and a woman in relationship, similar attitude to money, raising kids, someone who will be happy being a mother and a wife and won’t be willing to build a career despite her university degree.

Well, this picture about a really smart man who knows what he wants and really has high standards crashes once we start discussing the looks of the ladies.

I will share a story with you. Once I was interviewing a gentleman who was 170 cm (not super high) and had sever acne scars all over his face. He was 35 years old – a programmer with an impressive portfolio of companies he worked for: Google, Facebook – and now building his own company. But by 35 he still had pimples on his forehead. So, I am talking during the first consultation to this really smart and professionally successful gentleman who is fluent in English, German and learns Spanish, owns an apartment in New York and in San Francisco. Is thinking about investing into real estate in Europe. He is super skinny and wears a Google hoody which he probably got during his time in that company which was 8 years ago. He starts showing me photos of the girls he finds attractive: all photoshopped photos of really glamorous beautiful ladies. He actually dated two of them. He met the first girl on Tinder and relationship lasted 5 months, because he got suspicious all she wanted from him was money. He told me she got upset if he didn’t buy her a gift every week and by gifts, she meant Louis Vuitton or Prada bags, Gucci dresses and jewelry. After he told her he didn’t understand why she needed such expensive clothes which in his opinion was not worth the money – she broke up with him. The girl was 22 years old.

His next girlfriend – also a beautiful Instagram model with no real job except from blogging on Instagram – broke up with him after he has refused to pay for her vacation with her girlfriend in Miami (mind you he was not invited to participate in that vacation). He got suspicious his ex-girlfriend on purpose was choosing dates when he couldn’t travel, then started blaming him that “all he ever thinks is work” and “he is always busy” and feeling guilty he paid for her vacation with a few girlfriends. This girl was 24 years old and before becoming an “Instagram model” didn’t really has a job.

I have listened to these stories and once again thought that it is crazy how smart a person can be academically or as an entrepreneur, and how crazy stupid he can be when it comes to women.

Anyway, I have described this potential client what type of a lady I had in mind for him and have showed a few photos to specify the direction of the potential matchmaking process.

The first girl was a 27 years old English teacher. She had natural fair hear, big brown eyes and a beautiful friendly smile. Just like this gentleman she came from a big family and had a sister and a brother. She adored her nephew and nieces and often helped her older siblings to babysit. She has decided to be a schoolteacher because she loved children and loved finishing her working days at 2 p.m. which left lots of free time to spend with her family. She was looking for a man who is traditional and like her brother and father will take care of his family – wife and children. She was looking for someone smart and goal orientated. Someone who loves animals and is not superficial. On the photos which were not studio made the lady was smiling brightly wearing a summer dress or posing next to the castle in Prague where she went on a vacation together with her sister.

Then I showed the other profile. This time a 30 years old professional web-designer, who loves traveling, can work from anywhere in the world, because for 2 years already she is self-employed and takes only those clients and tasks that she likes and feels excited about. Career and money are not the main goal for her. She likes being creative and is happy with her professional achievements. Her dearest dream and goal for the next 3-5 years is to meet a special man, get married and have their first child. She likes international dating because she likes the idea that their future kids will speak several languages and will be more open-minded. She likes learning foreign languages herself and is looking for someone who is creative (for example, an entrepreneur), kind, hardworking and willing to have a big family with at least 2 kids. On her photos she was wearing skinny jeans and cute tops. Many photos were showing her biking, hiking or playing with her dog.

I knew for these two ladies the looks of the gentleman won’t be the most important thing and they can possibly appreciate him for his strengths and find him attractive and hot for his strong qualities.

You know what my potential client told me? He told me both ladies were “too old” and “ugly”. The first one was way too simple and not glamorous. Her clothes were too simple and not sexy enough. The second girl has small boobs and didn’t wear something nice like Louboutin high heels.

He told me: “Svetlana, my standards are extremely high. You have seen my ex-girlfriends. What you suggest me is below my standards”.

Well, it turns out that for some gentlemen having “high standards” means dating a fake blond with fake tan, fake boobs, no degree or real job, no true feelings to him and no desire to build future with him. Well, she actually might love his baking account.

I haven’t taken the guy from the story as a client. Two years after we have talked for the first time, he has reached out again. Since we have first talked, he has dated two more girls. The first one according to him was “really hot and beautiful, but she was passive aggressive and abusive and has called him names when he refused fulfilling her demands – usually to buy her something”. The other girl he dated was also rather hot by his standards. She didn’t ask for expensive gifts and was flexible to travel with him because of his job and on vacations because she didn’t have a job. He has even created her a website and has helped to pursue her dream to become a clothes designer – he paid for a year at design school she has chosen. He paid for her apartment because she thought it was too soon for them to live together. He respected that. Unfortunately, he found her on Tinder and it turned out she was dating “other people” as well, because she didn’t know “they were exclusive”.

After that he has reached us a few times, but we haven’t worked with him. Now he is in his early 40s, still single. His business is successful. He still feels insecure because of his looks despite his professional success and tries to compensate this by dating much younger “hot” in his opinion girls whose attention he literally buys for money. The last time he has contacted us he told that he was looking for someone “19-23 years old, because in this age ladies are still not corrupt by other relationships and this is the best in his opinion age to have children”.